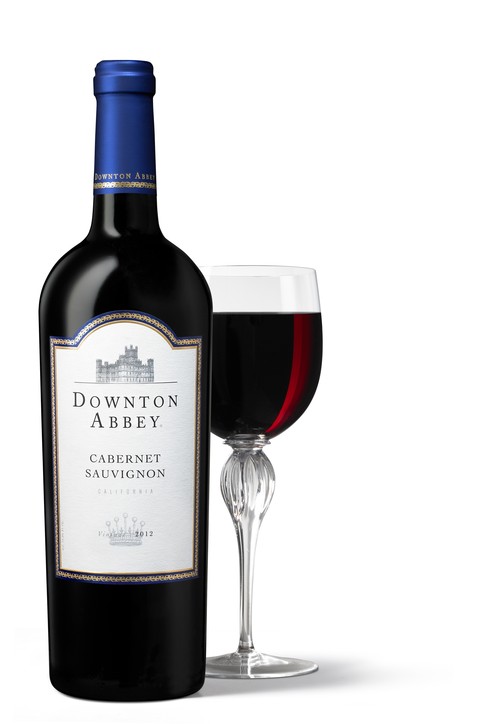 Downton Abbey Wine – Making a Splash in the Americas

“Amazon’s reviewers agree that this vino is earthy, full-bodied, and similar to… merlot/sangiovese blends,” said Wine.Net’s resident expert. We think Carson would agree.

Share your own Downton Abbey Wine pairings and reviews in the comments or in the store.

Downton Abbey Wine gets a taste of Lodi

ACAMPO — The life of an aristocrat is the stuff of fantasy for many Northern Californians, but now thanks to Lange Twins Family Winery and Vineyards and Wines that Rock, at least we can drink like one.

The companies have partnered on the newest release of Downton Abbey Wines, the Countess of Grantham Collection, a tie-in to the wildly popular PBS show “Downton Abbey.”

“We are thrilled to broaden our Downton Abbey Wine portfolio to include these popular varietals crafted with exceptional California fruit,” said William Zysblat of Wines that Rock and co-founder of Downton Abbey Wines.

Wines that Rock pairs pop culture and wine in an effort to promote local farmers and promote sustainability as well as to have fun. Its labels are licenced by the Rolling Stones and Pink Floyd. It also has a label tied in to the book “50 Shades of Grey.”

When “Downton Abbey,” came along with its emphasis on elaborate dinner parties and fine wines, it seemed right for Wines that Rock. It also didn’t hurt that the shows audience appeals to a broad age-range and is 75 percent female.

“Downton Abbey rings true to wine,” said Zysblat. “It harkens back to a simpler time when you had wine with every meal but breakfast.”

The first wine the labels offered were bordeaux blends made in France, very much in keeping with what Edwardian aristocrats like “Downton Abbey’s” Crawleys would have drunk. Zysblat said they were very popular, even among customers who didn’t consider themselves bordeaux drinkers.

Customers also indicated they wanted the option of a more modern wine, so the company decided to broaden its offerings with other wines made from California grapes. The question was how to stay true to the Downton Abbey Wine brand with wine people in the Edwardian era […]

The return of Downton Abbey means more Crawley family drama, more costumes to drool over and more character-themed wine, of course. The show’s modern, American-born Cora Crawley (Elizabeth McGovern)— wife of British aristocrat Robert Crawley — is the latest source of inspiration for Downton Abbey Wines new line of vino. The Countess of Grantham Collection features a Chardonnay and a Cabernet Sauvignon both crafted with California grapes. The pair joins the existing collection of Downtown Abbey Wines — a Bordeaux “Blanc” white wine and a “Claret” red wine. RELATED: See Downton Abbey’s Dowager Countess Recreated in Cake — Creepy or Cool? You can find the wines for $15 a bottle at select grocery stores and wine retailers throughout the U.S. What’s in store for future vintages? Something that highlights the Dowager Countess’s dry wit, we hope.

New Beauty shots of the Wines 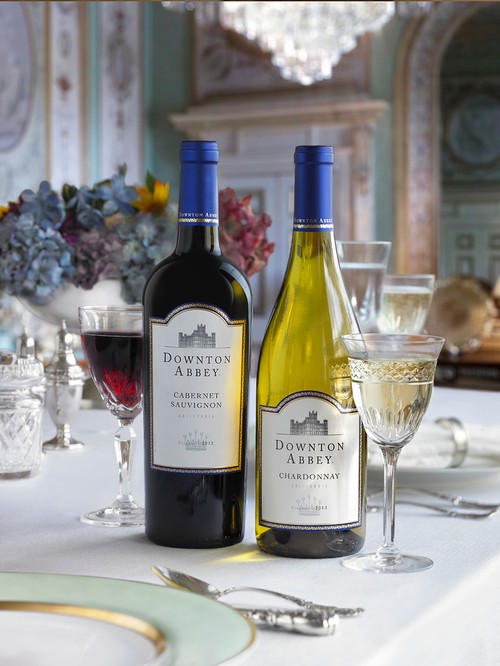 Just in time for the premiere of Downton Abbey’s fifth season, Downton Abbey Wines expands its growing portfolio with The Countess of Grantham Collection – a delicious selection of varietal wines crafted with premium fruit from California. 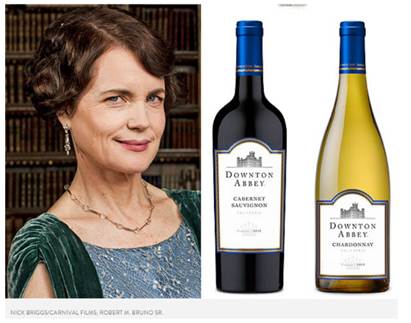 The Best of the Old World and New

“We are thrilled to broaden our Downton Abbey Wine portfolio to include these popular varietals crafted with exceptional California fruit,” explains William Zysblat, co-founder of Downton Abbey Wines.  “As legions of Downton Abbey fans continue to enjoy the show with a glass in hand, they now have even more choices with a new Cabernet Sauvignon and Chardonnay.”

The fruit-driven Downton Abbey Cabernet Sauvignon and Chardonnay are full-bodied wines with an abundant concentration of color and flavor. Scents of ripe red cherries and subtle oak dominate the nose in the Cabernet Sauvignon with spicy notes and soft vanilla on the palate. The Chardonnay offers the lovely aromas of tropical fruits and delicate oak giving way to citrus flavors on a soft, silky palate.

The new Downton Abbey Wines will be available at select grocery stores and wine retailers in the U.S. beginning January 2015 for $15.99 per 750-ml bottle. To enter the exclusive sweepstakes or be one of the first consumers to try the new blend, visit www.downtonabbeywine.com.